Oshima island is uninhabited and really small island that is only about 2㎞ in circumference, and area is 0.102㎢.

It’s one of the greatest power spot in Fukui, and local citizens believe that there’s a God in Oshima Island. Oshima Island is such a holy island.

On the other hand, this island has some rumors that it’s  psychic spot. 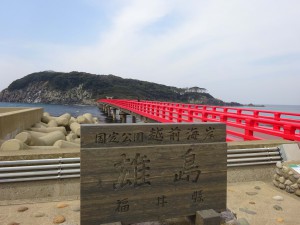 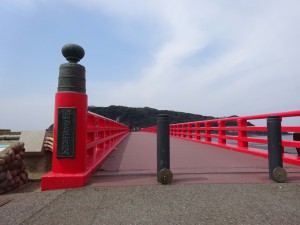 There were no people when we visited. 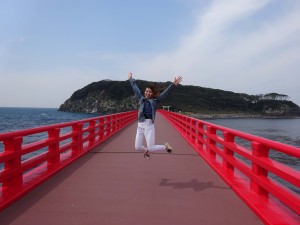 It was warm day, but the wind blew strongly and it was a little cold on the bridge.

Arrived at Oshima after long bridge, we found the big stone Torii. 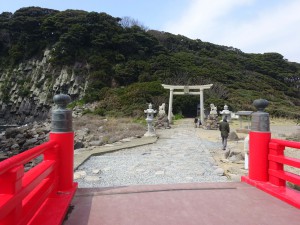 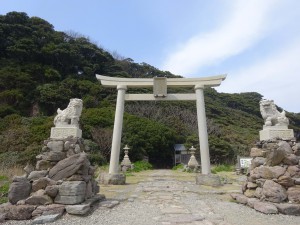 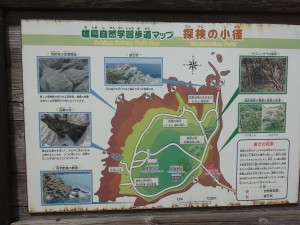 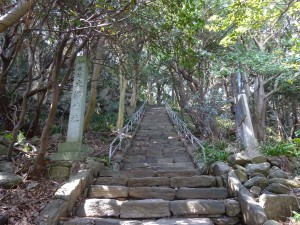 Go up stairs, and we took the left fork of the road. 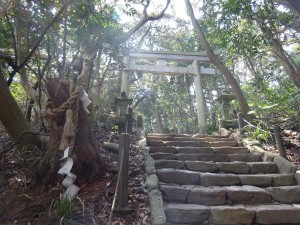 We found another Torii. 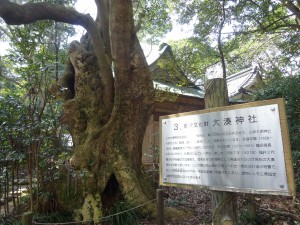 Pass through this small red Torii, we can see the Tojinbo. 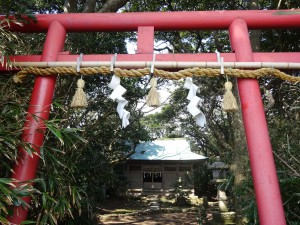 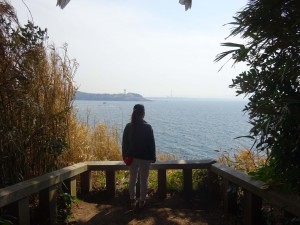 There is narrow path, tunnel of trees…… 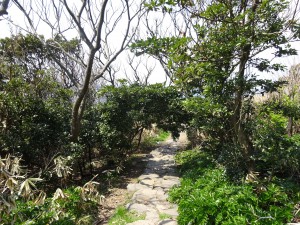 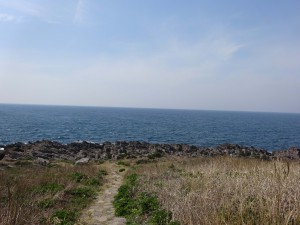 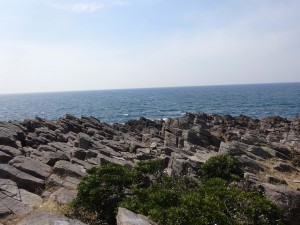 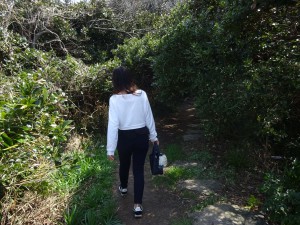 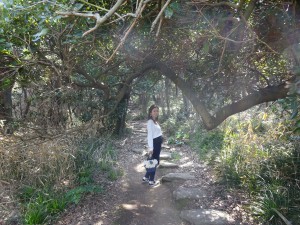 It took just 15minutes to walk around. 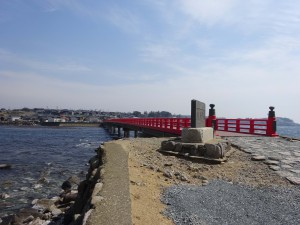