It takes 10 minutes from Tsuruga I.C on Hokuriku expressway by a car, or 15 minutes by feet from JR Tsuruga station.

At first Kehi Jingu Shrine is known of the huge red wooden Torii which height is about 11 meter.

This’s one of the biggest Torii in Japan as same as Itsukushima shrine in Hiroshima and Kasuga Taisya in Nara.

It was a National treasure once, and now it’s designated an Important Cultural Property. 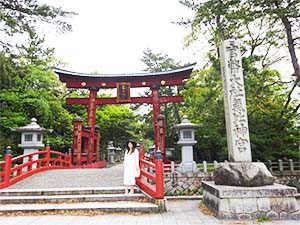 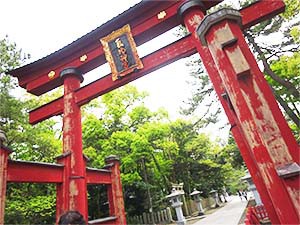 This Torii is the 2nd one,

In 1945, all structures of Kehi Jingu Shrine were burned by WWⅡ, but only Torii was not destroyed and keep remained‼

Go through the Torii, the long approach surrounded the deep green  lasts. You can feel holy atmosphere here. 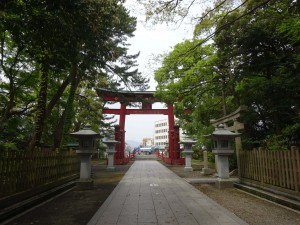 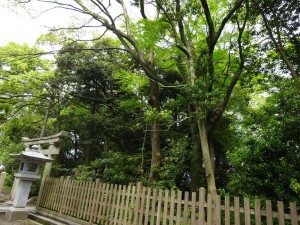 Haiku poet Matsuo Basho visited here, and this’s the stone statue of him. 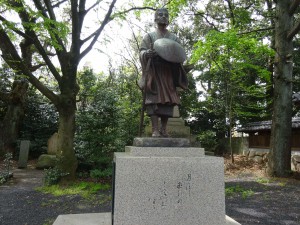 The big tree behind of stone written the Haiku of Basho is more than 700 years old. 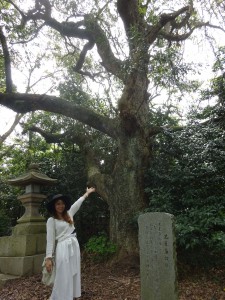 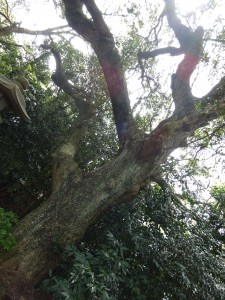 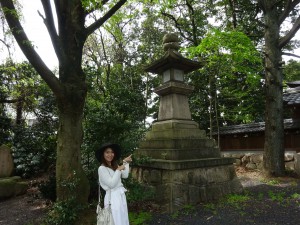 This eucalypt tree was planted in 1963 and designated as National treasure in Tsuruga. 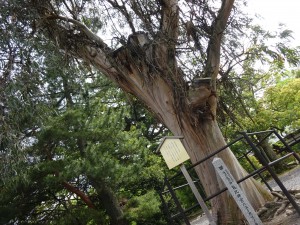 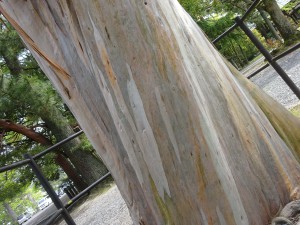 Thsi is the No.1 power spot in Kehi Jingu Shrine ”Longevity water”.

People believe that if you drink this water, you can live longer, and you’ll be protected from diseases. 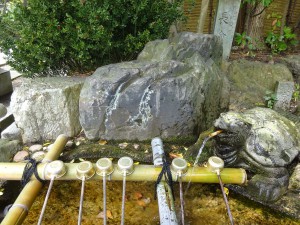 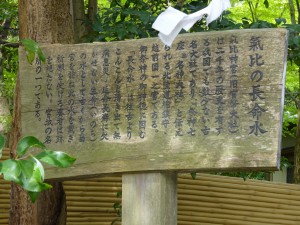 This is the main hall.

It was built in 1614 by Yuki Hideyasu and it was designated the national treasure. 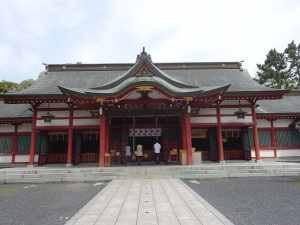 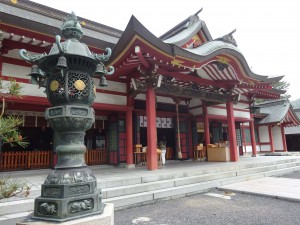 It ‘s such a high states shrine that was designated ”Kanpei-taisha” (grand shrines under the control of the department of worship) in 1895.

I’m sure Kehi Jingu Shrine is the magnificent shrine.

There’re 9 small shrines on the left hand of the main hall. 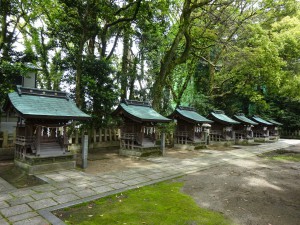 You can buy a charm and Ema (votive tablet)  here. 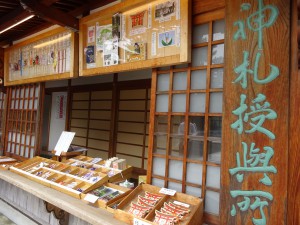 If you’ll come here, you could charge the mysterious energy♡